6 Incredible personal brand examples you can learn from

When it comes to starting or growing a business, you have control over one thing:

Sure, as time goes on and you’re successful, it may take on a life of its own with customer reviews, social media, and media coverage.

However, in the beginning, crafting an ideal personal brand that resonates with your followers  is all on you. Fortunately, we’ve created an amazing compilation of incredible personal brand examples to get you started.

Below, you’ll find 6 personal brand examples from entrepreneurs, content creators, and coaches which are both authentic and carefully designed to attract the right target audience. Let’s make sure your personal brand has the same effect.

Ankur Warikoo is an entrepreneur, angel investor, mentor and public speaker, based out of India.

He is passionate about public speaking and is often found speaking at corporates, colleges, schools and conferences – largely on motivation, leadership, consumer internet and entrepreneurial mindset.

He is an active angel investor and invests in early stage tech startups and mentors the founders on Product-Market-Fit, Talent hiring & retention and the founder mindset.

Brand warikoo started in 2016 when Ankur was the CEO of nearbuy.com

The brand was started primarily to own the story and to create a brand for potential talent . Due to his love for public speaking Ankur volunteered for the task and with that, one fine Wednesday, recorded a video with the title “if you don’t ask, the answer is always no!”

He called it “warikoo wednesdays”.

Since then, the brand has grown many folds and is present across most top social networks. The brand continues to grow largely through video content, by helping people make choices from a point of awareness and not ignorance. 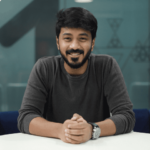 Vaibhav is a growth hacker by profession and an entrepreneur at heart.

He fell in love with marketing when he started “Discovery Android” in 2011. He, along with 3 team members, was successful in growing it to 1M+ page views in a year’s time.

.In his second year of engineering in 2013, when students are generally busy studying new subjects, he started CrazyHeads, where he was managing a team of 14 crazy heads who had a knack for growth marketing.

In less than 3 years, they served over 100 clients from India, US, Brazil, Australia etc. In 2014, CrazyHeads won “Fast Emerging Digital Media Startup of the Year” award.

Uber, the $40B beast now, was then trying to get its foot placed in Indian Market. He joined Uber to help them tap the unexplored markets in India and increase brand visibility. At the age of 23, he was promoted to the post of Marketing Manager.

Since then, he has been a marketing consultant to over 60 startups, helping them to find new customers & grow exponentially through growth hacking at half the budget of digital marketing.

Till now, he has launched three courses on Growth Hacking – Linkedin, FB Chatbots and Instagram (Visit sisinty.com to check them out).

Entrepreneur, KillerStartups, BuzzFeed, The Hindu and other reputed publications have featured him in their articles and other resources.

He has delivered over 40 workshops and 20 talks in top companies, colleges as well as online events. Get a glimpse of a few of his talks here (https://sisinty.com/speaking/) 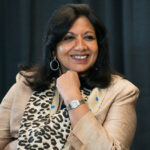 A pioneer of the biotechnology industry in India and the head of the country’s leading biotechnology enterprise, Biocon, Ms. Kiran Mazumdar-Shaw is a highly respected businesswoman. Ms. Mazumdar-Shaw, a first generation entrepreneur, has made her country proud with a globally recognized biopharmaceutical enterprise that is committed to innovation and affordability in delivering world-class therapeutics to patients globally.

Kiran Mazumdar-Shaw is the Chairperson and Managing Director of Biocon, Asia’s leading bio-pharmaceuticals enterprise. Named among TIME magazine’s 100 most influential people in the world, she is recognized as a global thought leader for Biotechnology. Under her stewardship, Biocon has evolved since its inception in 1978 from an industrial enzymes company to a fully-integrated, innovation-led, emerging global biopharmaceutical enterprise committed to reduce therapy costs of chronic conditions like diabetes, cancer and autoimmune diseases.

As a global influencer, she is ranked among ‘World’s 25 Most Influential People in Biopharma’ by Fierce Biotech, Forbes magazine’s ‘World’s 100 Most Powerful Women’ and Fortune’s ‘Top 25 Most Powerful Women in Asia-Pacific.’ She has been recognized as the only Indian on Forbes’ list of ‘World’s Self-Made Women Billionaires.’ She has been featured in ‘The Worldview 100 List’ of the most influential visionaries by Scientific American magazine and named among the ‘100 Leading Global Thinkers’ by Foreign Policy magazine. She has ranked No. 1 in the Business Captains category on ‘Medicine Maker Power List’ 2018, an index of the 100 most influential people across the globe in the field of medicine, where she has been among the Top 10, consecutively since 2015. Most recently, she is elected as a full-term member of the Board of Trustees of The MIT Corporation, USA.

Importantly, she has been recognized with the Padma Shri (1989) & the Padma Bhushan (2005), two of India’s prestigious civilian honors. 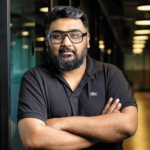 Kunal Shah is the founder of CRED, a members-only credit card payment app, and FreeCharge, a payments app now owned by one of India’s largest banks Axis Bank.

Kunal Shah is among a number of Indian entrepreneurs who have launched new ventures for the second time. An MBA dropout from Mumbai’s Narsee Monjee Institute of Management Studies, Shah had earlier launched ventures such as PaisaBack, a cashback and promotional discount campaign platform for retailers. But he shutdown PaisaBack to set up FreeCharge in August 2010 along with Sandeep Tandon. The startup was acquired by Snapdeal in April 2015. After the acquisition, FreeCharge continued to be run as an independent entity under Shah’s leadership. He, however, left the firm in October 2016. Subsequently, in July 2017, Axis Bank acquired FreeCharge.

Kunal’s second stint at entrepreneurship comes a little over two years after he stepped down as the chief executive of FreeCharge.

“We are not entering the payments business because, by design, it’s not likely to make money ever. So the idea is, can you create more consumption avenues, more wealth-creation avenues?” – Kunal Shah

He is on a mission to not just change the way we pay our credit card bills, but the very way we live. 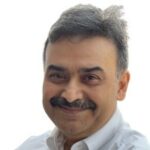 Strategic advisor to business leaders and organisations in transition. Executive coach to leaders on building a culture that attracts talent necessary to drive growth. Rated among the top 10 learning experts globally. Clients range from Fortune 100 companies to startups and large Indian organizations.

He is a LinkedIn Top Voice. He is the Brand Evangelist for Society for Human Resources Management (India and APAC) and a global influencer for brand Adobe.

Described by Forbes magazine as “One of India’s most interesting globalists”. Voted as No 1 HR Influencer on Social Media by SHRM. With more than 800,000 followers on LinkedIn and Twitter, he is one of the most influential voices on talent management.

Author of two bestselling books: The Digital Tsunami; Don’t Hire the Best – how to hire for culture fit. Latest book “Dreamers & Unicorns: How leadership, talent and culture are the new growth drivers.”

On the Advisory Board of the program for Chief Learning Officers that is run by the Univ of Pennsylvania. Member of the Governing Council of MICA. Certified in Hogan Assessments. “Distinguished Alumnus of XLRI”. Certified Independent Director by Ministry of Corporate Affairs, Govt of India. 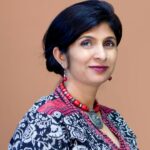 Vani Kola is the Founder and Managing Director of Kalaari Capital, one of India’s leading early-stage venture capital firms. She is a proponent for India’s digital opportunity to create next-gen large scale companies, which will scale globally.

Having been a 2x entrepreneur in Silicon Valley, Vani’s investment philosophy is derived from her successful entrepreneurial experiences. This includes recognizing young, first-time entrepreneurs with passion and perseverance. Vani values integrity in interactions as the key to building deep relationships. She enjoys mentoring entrepreneurs and guiding them into becoming seasoned business leaders.

Vani has successfully led more than 30 investments at Kalaari in e-commerce, gaming, digital content, healthcare and more. Some of her successes include: Dream11, Myntra, Cure.fit, and Snapdeal. Vani currently serves on the board of several companies that are redefining the landscape of Indian business.

Over the last decade, Vani has become an influential voice in the country’s vibrant startup ecosystem. She has been profiled in numerous books and has been identified as one of Fortune India’s ‘Most Powerful Women in Business.’ She is also actively involved in supporting various organizations fostering entrepreneurship and women leadership.

Success is often built on strong personal branding — because it immediately tells us who a person is and where their expertise lies. Personal branding isn’t limited to those in the public sphere. Regardless of who you are, you can showcase your talents.

Are you looking to create your own personal brand. Read our blogs for more details. If you still feel confused, schedule a call with our brand consultants below.

How to start a blog in 8 easy steps?

How to start your Personal Brand on LinkedIn from scratch?

Growing the network of a founder